Wegweiser: buch|bund › Ausstellungen › To those whose faith has been broken: Photo and video exhibition After regaining its full independence in 1989 Poles began to re-examine their history and identity. By this time, the small Jewish community that had survived the holocaust, the pogroms immediately following WWII and the government anti-Semitic purges in 1968, had been forced into oblivion. Nonetheless for many Poles, Jewish heritage has played a central role in this process of rediscovery.

Today Poland is sometimes referred to as the Wild West of memory work. In the late 80’s independent of Western European influence and despite attracting suspicion from communist authorities, Polish pioneers of memory began blazing their own trails. They started Jewish bookstores and cultural festivals, investigated the physical traces of Jewish life, organized study groups and started klezmer bands, all inspite of the continued presence of Anti-semitism.

In 2006 American artist Soliman Lawrence went to Poland. Neither Jewish nor Polish he struggled to find a visual language that reflects the complicated reality that has grown up in place of German death camps and once vibrant stehtls.

On March 1st in Buchbund, Soliman Lawrence, along with Polish cultural historian Magdelana Waligorska, will discuss his work in the context of documentation, media and memory. Video and photography from his project „To those whose faith has been broken“ will be on view.

Beginning at 7 pm.
The talk will be IN ENGLISH.

Soliman Lawrence (1980), an American artist, has been living in Berlin since 2006. www.solimanlawrence.com 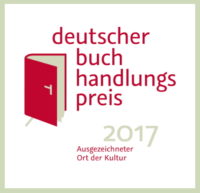